As with any other invention in human history, forklifts were created out of necessity. Since their introduction in the beginning of the 20th century, forklifts have come a long way in satisfying the material handling needs of various industries and businesses. The simple physics behind their operating function made them efficient and immensely useful. As the needs in the material handling industry evolved with time, so too did the designs of the forklifts that were used to address them.

The counterbalance forklift was and still is used to some extent all over the world in this regard, yet the introduction of Moffett truck mounted forklifts by Finnish company Cargotec’s subsidy, Hiab revolutionized the way material was handled and transported across industries. Particularly in developed countries such as Australia, United States, Germany, United Kingdom and others where there have been rapid technological advances, Moffett forklifts are a better-suited machinery to handle the needs of the economy. There are in fact 55,000 Moffett forklifts in the United States alone, which is a testament to their usefulness and efficiency.

As such, fleet managers today have to make the decision of choosing between the conventional counterbalance forklifts or the Moffett truck mounted forklifts. Though there are pros and cons on both sides, many businesses prefer using Moffett forklifts for the simple reason that they are better at boosting productivity on the site of operation and save costs to a greater degree. Although counterbalance forklifts have been around longer, Moffett forklifts have gained popularity rapidly by virtue of smarter design and better functionality.

Let us look at some of the reasons why Moffett forklifts are considered better than the conventional counterbalance forklifts.

What the Moffett Offers?

The true competitive advantage of the Moffett forklift lies in its brilliant design that makes it lighter, faster and more durable. The most commonly used variants of the Moffett fork trucks range from the lighter M2 and M3 to the versatile M5 and the rough terrain models of M8 and M9.
So let us look at what the Moffett can offer that the Counterbalance forklift just cannot.

Though forklifts, in general, were invented to reduce time, effort and cost, yet Moffett forklifts take it to a completely new level. The popularity of the Moffett comes from the fact that it can mount to the back of trucks, thus the name “Truck mounted forklift”. This capability allows businesses to reduce costs immensely and is one of the reasons why Moffett has been able to snatch a vast majority of counterbalance forklift’s market share.

The idea behind this revolutionary design is that once the operator is done loading the material into the truck that will then be used to transport it to the site of operation; the forklift can be mounted on the back of that very truck. As such, the cost that would have otherwise been incurred in transporting the forklift separately (as in the case of counterbalance forklift) is avoided.

Moffett forklifts are renowned for having better and longer lasting functional life as compared to its rivals. Even pre-owned Moffett forklifts can work 10,000 to 15,000 working hours (given that, they are bought from reliable dealers such as Bobby Park Truck & Equipment who guarantee excellent maintenance and care services even after sale). The durability can extend with proper forklift maintenance that involves regular cleaning of the various moving parts of the forklift, lubricating them and staying within the recommended limits for the load lifting capacity.

The Moffett forklifts come equipped with a wide array of latest safety features that minimize the chances of forklift accident. These features include:

These were just some of the reasons why the Moffett forklift is considered better than the conventional forklift. 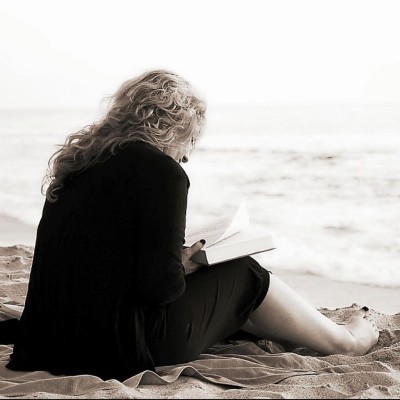 Krysta Jackson a writer, who writes enriching posts.Apart from writing informative posts on latest technologies, she also writes largely on fashion, health,lifestyle , travel and other leading blogging platform & loves to share her knowledge with others through blogging.
krysta.jakson@gmail.com